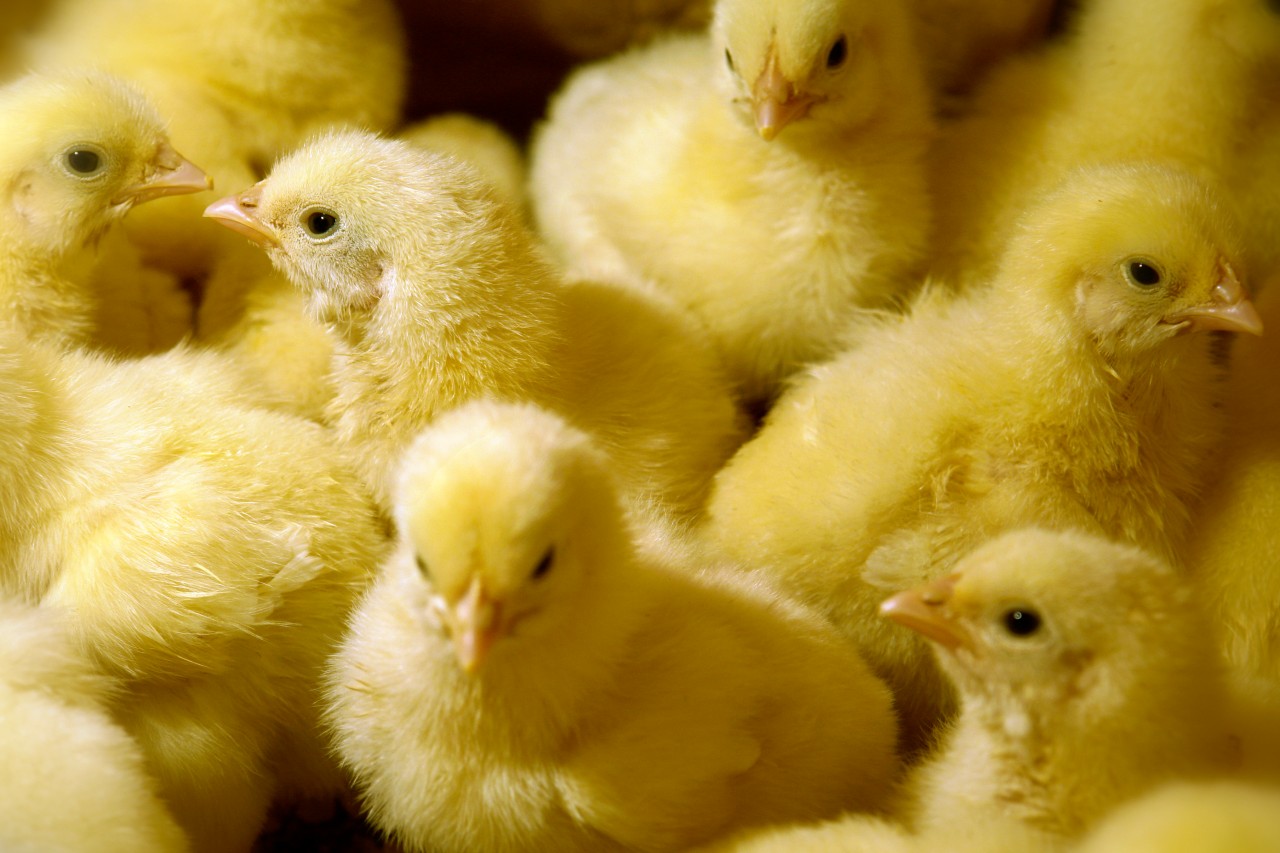 The challenge of sustainability in animal production

Today, our agricultural and livestock production systems are under great pressure due to global warming and climate change. The livestock industry faces the great challenge we have called sustainability and, together with the challenge of improving animal welfare, we have a great responsibility to reduce its impact on environment. With this objective, the new EU policies are aimed at reducing the carbon footprint of our production systems, with a key role being played by the reduction of deforestation and forest degradation on a global scale.

Thus, animal nutrition is once again a key and strategic point due to the importance it exerts on the carbon footprint of meat production. Once again, soya is the main protagonist, due to its role in the feed formulation and its great impact on deforestation in certain producing countries and regions. We have been working for long time to reduce nitrogen emissions into the environment by reducing crude protein in diets, and now the reduction of this protein and/or soya in the diet will also help us to reduce the carbon footprint of our production.

The availability of crystalline amino acids has allowed in monogastric species the reduction of crude protein and formulating based on digestible amino acids, significantly reducing the nitrogen that the animals excrete into the environment without negatively affecting the different productive parameters.

New crystalline amino acids, such as isoleucine, arginine and histidine, have recently arrived on the market to help us to meet these new challenges brought about by nutrition in order to be more sustainable. But using these new amino acids efficiently requires precision, both in the deep knowledge of the animals’ requirements and in the composition of the different ingredients and raw materials we use.

In this short article we would like to review available information about histidine requirements in broiler chickens, together with this amino acid content in the raw materials most frequently used in our formulations.

If we go through the different scientific publications referring to the histidine requirements in broiler chickens, we find numerous articles with variable results (Table 1) and from the oldest to the most recent studies, this ratio has slightly increased. This may be related to the genetic progress made in these animals, but the techniques used in the different studies also might differ.

The most recent publication on histidine requirements in broilers (Franco et al., 2017) has been carried out by Dilger’s group at the University of Illinois, using 8 to 17-day-old birds (Cobb-500). Although on average they have reported a dHis/ dLys ratio of 38, when focusing on carcass quality parameters, a higher ratio is observed compared to body weight and feed conversion ratio (Table 2). This result would be in agreement with the reduction in wooden breast incidence observed by Lackner et al. (2021) in Ross 308 broiler chickens when increasing the His/Lys ratio (SID) from 44 to 54%. The importance of histidine in the synthesis of the carnosine and anserine dipeptides links this amino acid directly to the quality of meat, and in this case, of the breast.

Brazilian tables suggest a ratio of 37 (His / Lys) for broiler chickens of all ages (Rostagno et al., 2017). Similarly, the NRC (1994) also recommends the same ratio of 32 for all production stages.

Although the genetics companies (ROSS 2019 and COBB 2018) currently do not have their own recommendations for broiler chickens, in the new nutritional recommendations for Ross breeders, published in 2021, digestible Histidine (which did not appear in the previous 2019 version) has been included for the first time. As can be seen in Table 3, the digestible His/Lys ratio corresponds to higher values than those found in the previously mentioned publications, and much higher than the recommendations of both the NRC (1994) and Rostagno et al (2017).

It is to be expected that in the next version of the Ross broiler chickens nutritional specifications we will already include the Histidine recommendations for these animals, which will possibly be above the recommendations found in the current tables.

Just as it is important to know the nutritional needs and requirements of animals, it is essential to know precisely the nutrient content of the ingredients used in feed.

As seen in animal requirements, Histidine content still do not appear in many tables used as reference for nutritional values of feed ingredients. That’s the case of FEDNA tables in Spain, which are widely used by nutritionists, where the histidine requirements for broiler chickens are not considered, neither the tables of ingredient composition include information about this amino acid.

Table 4 shows a summary of histidine information from the most widely used tables in animal nutrition (INRA, NRC 2012 and 1994, Rostagno et al., 2017 and CVB, 2021), including the cereals commonly used in feed in Spain (corn, wheat and barley) and soybean meal (SBM).  We have the Histidine content, both total (%) and % of protein (% His/N total), SID and digestibility for broiler chickens. .

Table 4. Histidine content of the main ingredients used in the formulations according to INRA, NRC, Brazilian (Rostagno et al., 2017) and Dutch (CVB, 2021) tables on fresh matter (FM) for broiler chickens.

In the case of SID Histidine for broiler chickens, as the NRC 1994 does not include this data, it has been calculated by multiplying the digestibility found in the NRC 1994 by the Histidine content provided by the NRC 2012. Observing the data, we found some interesting variations in Histidine (SID), especially between European (INRA and CVB) and American (NRC and Rostagno) sources.

In standard formulations based on cereals and SBM for broilers, SBM is the most important source of Histidine, basically due to its high content of this amino acid, but also because the histidine content of the cereals normally used is quite low. In Table 5, we have two simple formulations with or without corn as an example to see the Histidine ratio of the formulas. The INRA values have been used because of the proximity to Spain.

Using FEDNA (2018) recommendations for chicks from 0 to 15 days-old with a protein level of 21%, when digestible lysine is adjusted to 1.22, the His/Lys ratios stand at 38 and 39. Although these ratios are higher of ratios found in the literature data (Table 1), they are far from the recommendations of Ross (2021) (Table 3) and, of course, from the ratios recently used by Lackner et al. (2021) in their meat quality studies.

Table 5. Examples of His/Lys ratios in cereal and SBM formulations with INRA data.

It goes without saying that a small reduction in crude protein, or in SBM, will significantly reduce this ratio.

New challenges in animal feed, with a reduction in the use of SBM and protein in feed formulas, probably make histidine become the essential amino acid to take into account in the short and medium term in broiler chickens’ diets. Genetic companies have already started to work on histidine requirements in the modern broiler chickens, as we can see in the last recommendations for Ross breeders (2021).

Changes in feed formulation, together with its key physiological functions and its importance in meat quality, make imperative to review the histidine requirements in the animals. In addition, improving knowledge about the histidine content of the different ingredients used in our feed formulas will increase the precision we need to upgrade modern animal nutrition.

The continuous efforts of the sector, together with the support of the feed additive companies, favour the emergence on the market of new amino acids that help us to continue improving feed formulas, reducing crude protein and maintaining productivity and animal welfare. Now, Histidine obtained by fermentation is available on the market as a feed additive, being a key tool to move towards more sustainable and efficient production systems.

L-Methionine: improves piglets’ gut health at weaning
18 February, 2019
Recent News
Categories
Gestionar el Consentimiento de las Cookies
QUIMIDROGA, S.A. uses its own cookies to offer you contents tailored to your interests. When visiting this website, you accept the use of these cookies whose details are collected in our
Manage options Manage services Manage vendors Read more about these purposes
View preferences
{title} {title} {title}