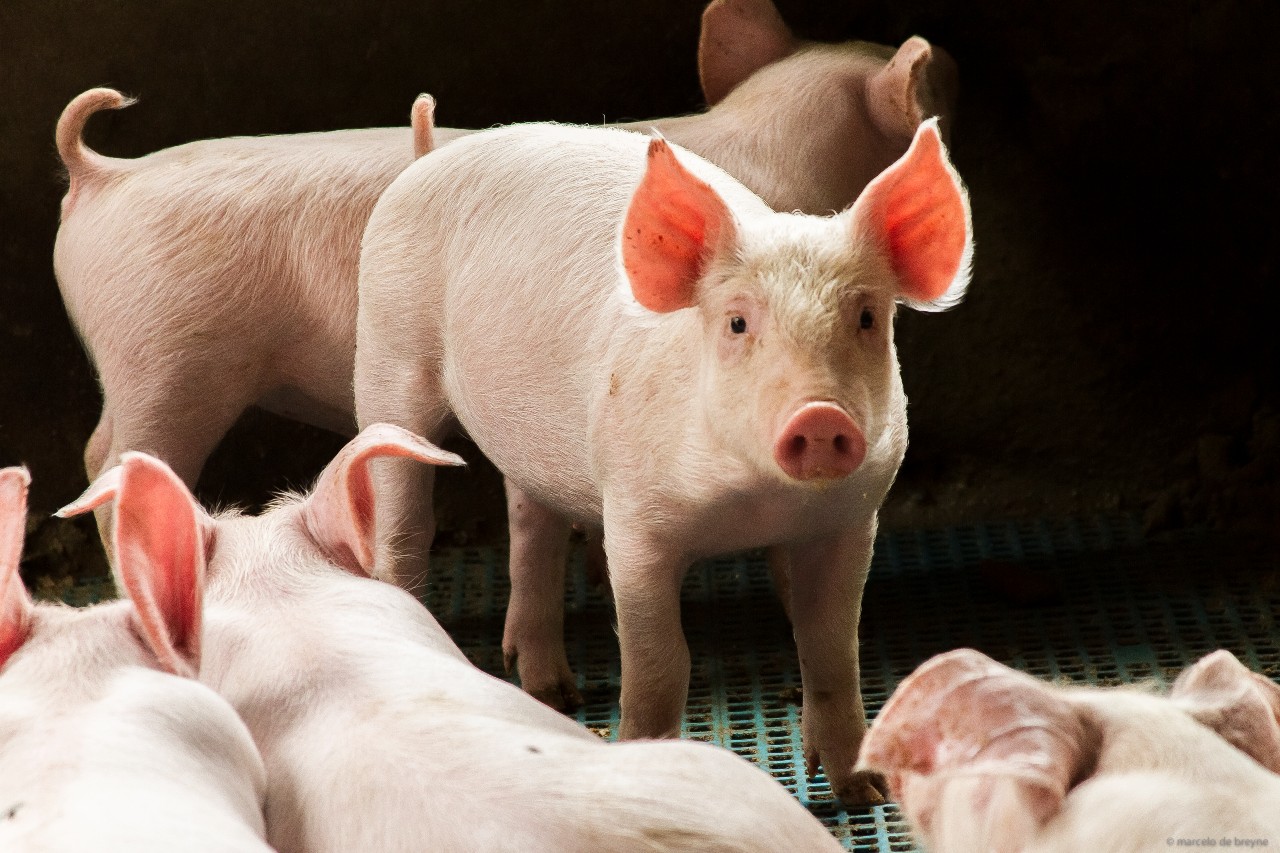 In 2010, FAO, OIE and WHO formally joined with the aim of working together to prevent and control risks to human, animal and ecosystem health. This idea is based on the “One Health” concept, which was defined more than a century ago as the connection between human health, animal health and environmental health, being interdependent.

Adapting to these changes requires a continuous improvement in the knowledge of the health and nutrition of our animals. This is where the gut has taken centre stage, being a key player in the digestion and absorption of nutrients, but also in the immune system and health of animals. We now know that the gut has its own important nutrient requirements and that its flora plays a key role in digestion, but also in the development of the immune system itself. Thus, good animal health starts with good gut health.

Piglets at weaning, a critical stage

Weaning is one of the critical stages in pig production, and it is a crucial time for the gut of piglets, which are subjected to an abrupt change of diet and environment. This leads to multiple alterations at intestinal level, from epithelial alteration and inflammation to dysbiosis, and often triggers the diarrhoeal processes typically found at this stage.

To avoid these diarrhoeal processes, antibiotics and other antimicrobials such as zinc oxide have been key in piglet weaning. These molecules, with different antimicrobial, anti-inflammatory and immunomodulatory effects, have modulated and improved the intestinal environment, but also its nutritional requirements.

Thus, we now know that the requirements for certain amino acids are higher in animals fed without AGP, as it has been shown for threonine and tryptophan. Recently, Ren et al. (2021) have also shown in a new study that the requirements for total sulphur amino acids (TSAA), methionine and cysteine are higher in piglets weaned on antibiotic-free diets.

The importance of methionine in piglets’ gut health

On the other hand, 20% of methionine and 25% of cysteine ingested through the diet are metabolised in the gut itself, and these sulphur amino acids are important for intestinal mucosal growth in piglets (Bauchart-Thevret et al., 2009). Thus, Zong et al. (2018), demonstrated how increasing the ratio of sulphur amino acids above the requirements (NRC, 2012) in the diet of piglets supplemented with methionine improved performance, intestinal morphology and intestinal enzyme activity in the animals.

Based on the importance of methionine at intestinal level, in a recent study Ren et al (2021) wanted to study how weaning piglets without antibiotics can affect sulphur amino acid requirements. In this study, they conclude that when AGP are used in piglets’ diets, a ratio of 51% TSAA:Lys is sufficient to cover animals’ requirements, while in the absence of antibiotics, this ratio rises to 66% TSAA:Lys to obtain the same productive results.

Therefore, formulating antibiotic-free diets for piglet at weaning, as with other amino acids, appears to require an increase in Methionine to maintain productive performances and improve gut health.

L-Methionine helps to improve intestinal morphology in piglets at weaning

Figure 1. Excretion of methionine in broilers depending on the source used. Adapted from Saunderson et al., 1985. 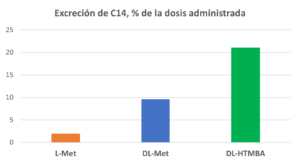 As early as 1985, Saunderson et al. carried out studies to determine the retention of different sources of methionine in broilers. They radioactively marked the three sources of methionine used (DL-HMTBA, DL-Met and L-Met), and found that excretion was significantly different: 10% of the DL-Met administered was excreted, while in the case of DL-HMTBA excretion increased to 21% of product administered. In contrast, only 2% of the administered L-Met was excreted (Fig. 1). 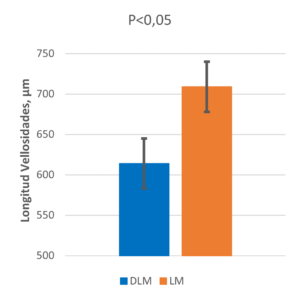 Similarly, Shen et al. (2014), conducted a study to compare DL-Methionine and L-Methionine as sources of methionine in piglets at weaning, and to study possible differences in gut health. In this case, animals fed L-Methionine showed an increase in intestinal villus length (Fig. 2), together with an increase in duodenal GSH content (Fig. 3) and total antioxidant capacity (TAC) at the intestinal level (Fig.4).

Figure 3 and 4. GSH and TAC content in the duodenum of piglets supplemented with DL-Methionine (DLM) and L-Methionine (LM). Adapted from Shen et al., 2014. 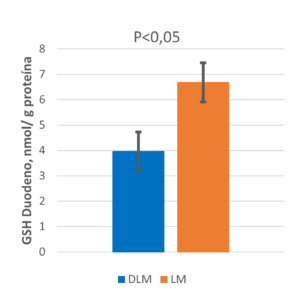 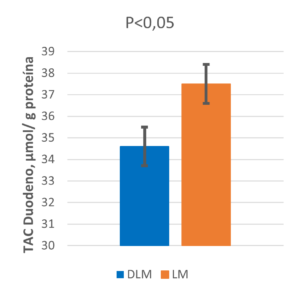 Formulating antibiotic-free diets for piglets at weaning, and soon zinc oxide-free diets, make it necessary to review upwards the levels of sulphur amino acids, given their important functions at intestinal level. Oxidative stress, inflammation and loss of epithelial integrity during weaning make methionine a key amino acid for piglets’ gut health at this stage.

L-Methionine: improves piglets’ gut health at weaning
18 February, 2019
Recent News
Categories
Gestionar el Consentimiento de las Cookies
QUIMIDROGA, S.A. uses its own cookies to offer you contents tailored to your interests. When visiting this website, you accept the use of these cookies whose details are collected in our
Manage options Manage services Manage vendors Read more about these purposes
View preferences
{title} {title} {title}