Lithopone: an alternative to titanium dioxide 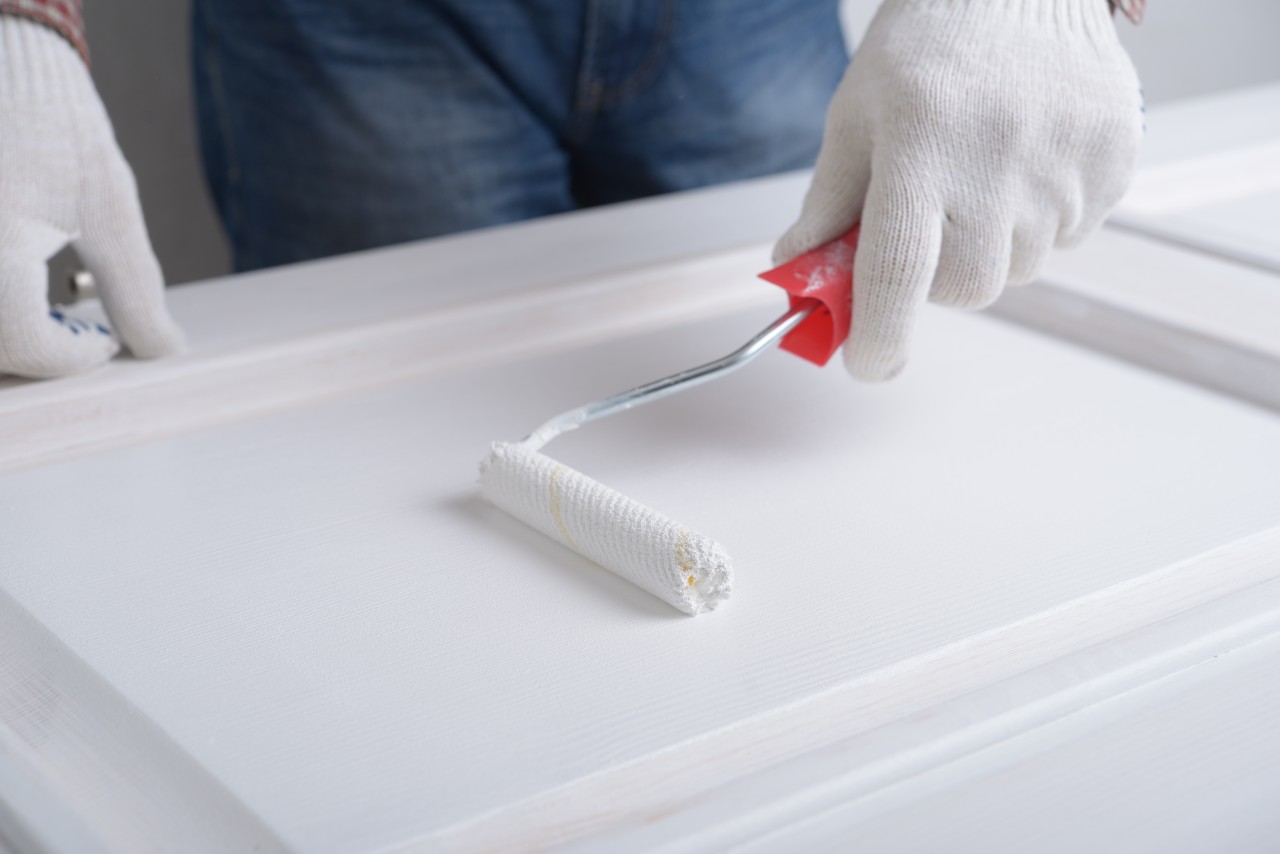 Lithopone was developed in the 1870s as a substitute for lead carbonate (lead white), to overcome its drawbacks of toxicity and poor weathering resistance. Within a few years, titanium dioxide displaced lithopone to become the white pigment (PW6) par excellence in the industry and the world’s best-selling inorganic pigment. However, titanium is a product whose price is subject to large price variations due to product availability. These price increases affect the competitiveness of finished products, and so the search for an alternative to titanium dioxide has generated a variety of possibilities to optimise its use.

Lithopone, an alternative to titanium dioxide

Lithopone is a white pigment (PW5) co-precipitated from solutions of zinc and barium salts according to the following reaction: 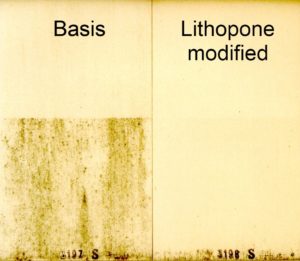 Algaecidal effect of Lithopon: After 5 years of exposure to weathering in Alpen (Lower Rhine)

Thanks to its rheological and optical properties, Lithopone 30% offers both technical and economic advantages in the substitution of titanium dioxide in different applications. Among these advantages, it has been observed that Lithopone 30% has algaecidal properties in paints, which gives greater protection to the coating.

Studies have been carried out with both emulsion paints and powder paints, both with clear results on how the use of Lithopone 30% reduces the appearance of algae in the paint once it has been applied (see photos).

Lithopone 30% complies with both the REACH and Indirect Food Regulations, as well as with many European regulations regarding Toys, Packaging, Resins, etc…

The applications in which it can be used are paints, inks, plastics, elastomers, paper, fillers, adhesives…

Below 20% substitution, it is recommended to replace 1 kg of TiO2 with 1 kg of Lithopone.

In order to achieve the same solids content, the larger filler and the binder should be reduced if necessary.

By doing so, we achieve cost reduction, increased film strength and improved fungicidal and algaecidal properties.

Example of partial substitution of titanium dioxide with Lithopone 30% in a liquid paint.

Lithopone in plastics and masterbatch

Above 10%, 1 kg of TiO2 should be replaced by 1.3 kg of Lithopone 30%, reducing the amount of polymer accordingly.

Lithopone in natural and synthetic elastomers

Lithopone 30% is a perfect alternative to titanium dioxide in all natural and synthetic pigmented elastomers, as it is non-abrasive and extremely acid resistant.

Lithopone 30%, in any type of rubber, not only reduces the cost of partial substitution of TiO2 but also increases industrial production and improves the durability and the thermal and mechanical resistance of the finished product.

Lithopone 30% is the perfect solution for partial substitution of TiO2 in fillers due to its very soft nature and hardly any shrinkage properties.

It is suitable as an alternative to titanium dioxide when higher acid resistance is required, such as in adhesive joints and sealants.

MIT (Methylisothiazolinone) substitutes as preservatives in detergents and paints
16 March, 2020

Quimidroga obtains the distribution of the raw materials for DRT adhesives, paints, rubber and construction in France
5 October, 2018
Recent News
Categories
Gestionar el Consentimiento de las Cookies
QUIMIDROGA, S.A. uses its own cookies to offer you contents tailored to your interests. When visiting this website, you accept the use of these cookies whose details are collected in our
Manage options Manage services Manage vendors Read more about these purposes
View preferences
{title} {title} {title}