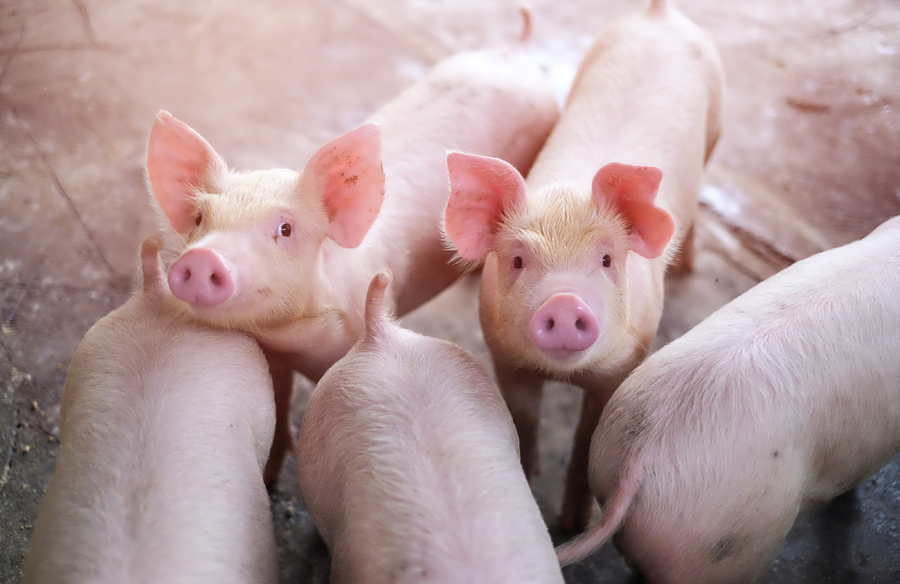 An early weaning is stressful and results in a gut barrier dysfunction and impaired innate immune responses in piglets’ mucous layer. The interruption of these physiological and immune functions aggravates the appearance of injuries and increases the oxidative stress resulting in diarrhea.

DL-Met and HMTBA, both available in the market as a source of methionine, are obtained through different processes of chemical synthesis resulting in a 50:50 mixture of L and D isomers. Recently, CJ has developed the technology to obtain a source of methionine through fermentation, thus achieving to launch in the market a product which is entirely made of L-Met isomer and 100% bio-available to animals.

Recent studies have demonstrated that there are functional requirements of Methionine (Met) in the GIT, particularly important in young animals. D-Met is not a Methionine source biologically active neither for animal cells nor for those of the gut, since it must be mainly converted to L-Met in the liver. Conversely, L-Met is already fully functional in the digestive tract and is implicated in local anti-oxidant functions leading to the improvement of gut health.

At the same time, L-Met and D-Met isomers compete metabolically for the same receptors to be absorbed. These receptors have greater affinity with L-Met isomer (Zheng et al., 1994), the presence of which comes to inhibit the absorption of D-Met isomer (Thwaites and Anderson, 2007). This results in L-Met being more efficiently absorbed than D-Met in the gut.

A study conducted by North Carolina State University compared L-Met from CJ to DL-Met in piglets at weaning to determine if there were positive effects on gut health.

Two treatments were conducted in which pigs were fed a basal diet (BD) meeting 100% of nutrients requirements (NRC, 1998) excepting Met, which was supplemented till covering 95% of the requirements with L-Met or DL-Met, according to the treatment. At gut health level, the assessed results focused on GSH intestinal levels, Redox state and if, consequently, there was an improvement in the development of piglets’ intestine.

L-Met supplementation in piglets at weaning has improved the duodenal morphology and reduced the intestinal oxidant stress by improving GSH synthesis in the intestinal mucous layer.

This is due to the fact that L-Met is fully functional at gut level contrary to DL-Met, thus favouring piglets’ gut health at weaning.