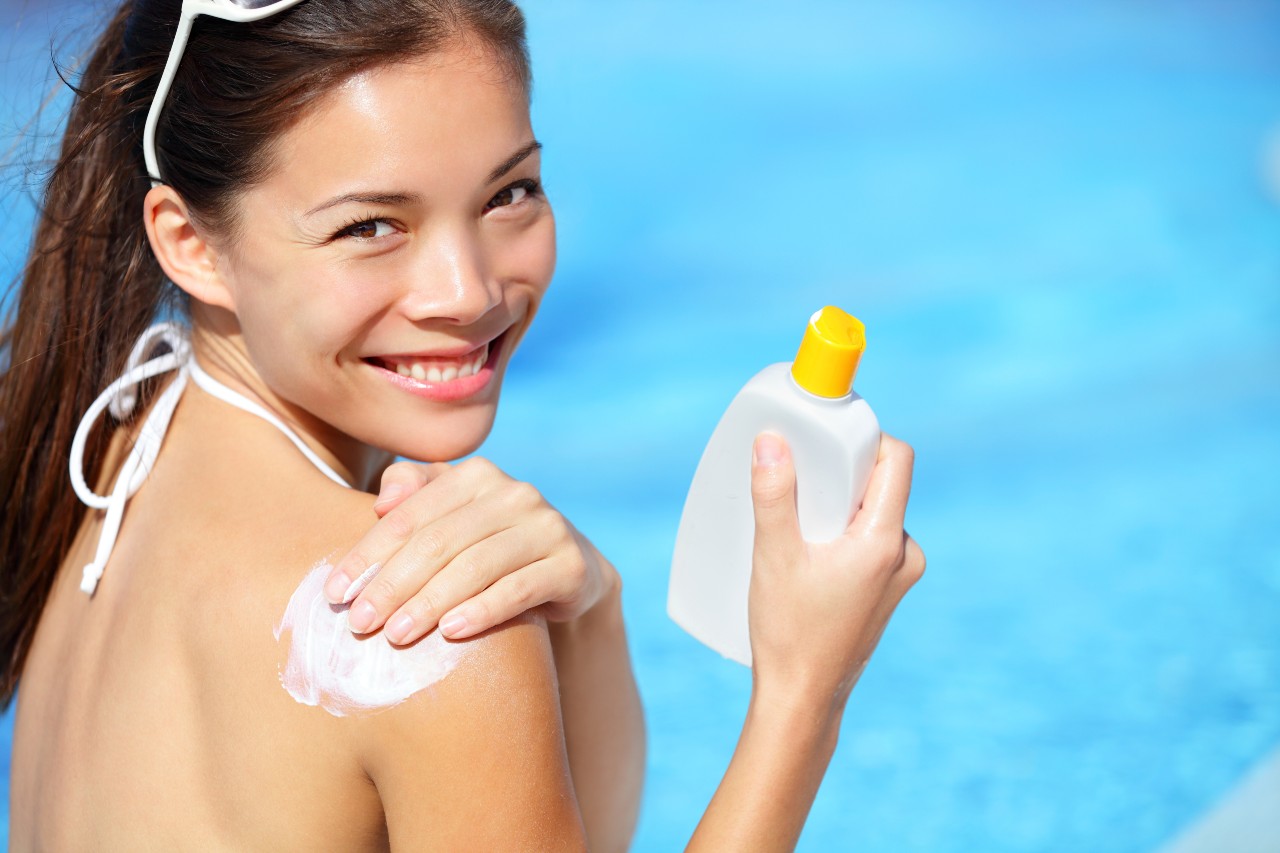 What are the effects of sunlight on skin?

Visible sunlight covers the wavelengths from 400 to 780 nm, and is a small part of the entire spectrum of radiation emitted by the sun. So-called infrared radiation corresponds to wavelengths longer than 780 nm, while ultraviolet radiation is defined as having a wavelength shorter than 400 nm.

Overexposure to the sun’s invisible rays can be harmful to human skin. The damage caused by solar radiation can be:

Many skin changes often identified with aging are actually the result of damage caused by excessive sun exposure, and are known as photoaging.

UVA rays (with wavelengths from 400 to 315 nm) induce photobiological reactions, such as immediate and delayed tanning and melanin formation. Although UVA radiation is not the main cause of sunburn, UVA has been shown to contribute to long-term degenerative changes in the skin, leading to significant connective tissue damage (premature skin aging) and the risk of developing cancer.

Protection against the effects of UV rays on skin is achieved by specially designed molecules, UV filters, incorporated in sunscreen formulations. In addition to providing protection against sunburn, sunscreens must also protect against UVA-induced effects.

There are not only chemicals in a sunscreen that absorb, reflect or scatter UVR radiation. Sunscreens may also contain components that interfere with secondary reactions, such as the generation of free radicals and reactive oxygen species (known as free radicals) in the skin, the generation of inflammatory mediators, the photoexcitation of different molecules, and that exert long-term protective effects on degenerative skin damage.

UV filters used in cosmetic sunscreen formulations to protect against UV radiation can be differentiated into two groups:

By absorbing UV radiation, UV filters are transferred to an excited electronic state from where the energy can be dissipated into molecular vibrations (organic molecules) and heat through collisions with surrounding molecules.

However, when efficient dissipation of the absorbed energy is not possible, the UV filter may break down and lose its chemical structure. As a result, the performance of the sunscreen may be impaired.

Interest in investigating the effects of IR radiation on skin is growing. This radiation, linked to sunlight, is perceived as heat. On skin, heat is related to erythema and elastosis. In addition, some studies show that IR radiation is involved in premature photoaging and also in photocarcinogenesis. There is a long way to go in research on the effects of infrared radiation on skin, and on substances capable of mitigating its harmful effects.

UV filters are the functional component of sunscreens, while formulation is the process of incorporating them into a stable and functional cosmetic form. The goal in formulating sunscreens is to design a product that is effective in terms of protection against solar radiation, with a given sun protection factor (SPF), a wavelength spectrum, and with substantivity, i.e., resistance to water and friction. Skin compatibility, application feel and product cost are also important.

Sunscreen products are formulated as conventional cosmetic forms (creams, lotions, sticks, etc.), but with a content of up to 50% of sunscreen components. From a formulation perspective, these sunscreen components can be differentiated into four types:

These sunscreens have a negative impact on the skin feel of the cosmetic, which is especially important for sunscreens with a higher protection factor.

Water-soluble filters limit the performance of necessary components in the formulation, such as polymeric thickeners and emulsifiers, and this compromises the stability of the formulations.

Finally, insoluble particles can make the product feel dry and can often cause an undesirable white appearance on the skin.

Formulating a sunscreen that is effective against solar radiation, resistant to water and friction, with good skin compatibility, pleasant to apply, stable, and within cost targets is a complex task.

In the formulation of a sunscreen cosmetic, it is key to select UV filters to achieve the target UV efficacy level, i.e., to identify the most efficient sunscreen systems.

Beyond the sunscreens, the other components of the formulation will allow the formulation of an effective, pleasant and stable cosmetic. The most important ones are among the following groups:

Combinations of these components allow the creation of technologies that boost efficiency and improve aesthetic properties, with which generations of improved sunscreens continue to be created.

If you need more information, please contact us at cosmetica@quimidroga.com.

Ferulic Acid, the sun-protective antioxidant
4 February, 2020
Recent News
Categories
Gestionar el Consentimiento de las Cookies
QUIMIDROGA, S.A. uses its own cookies to offer you contents tailored to your interests. When visiting this website, you accept the use of these cookies whose details are collected in our
Manage options Manage services Manage vendors Read more about these purposes
View preferences
{title} {title} {title}